THE WAR AGAINST WOMEN 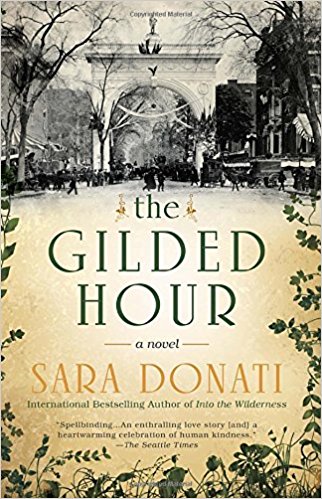 Sometimes the politics of the day really get to me.  Things just never seem to change.  Women still make less than men.  They bear the lion's share of rearing children and family nurturing.  There are still men who want to deny women the choice of bearing children.  When necessary, I retreat to the solace of reading fiction.  It won't solve anything, but it provides a much-needed respite.  The problem is that once I discover a fictional series, I grow to love the characters so much that it is more difficult to say goodbye to them than to those in a single, stand-alone novel.  I felt that way with "Outlander" and then the "Into the Wilderness" series.  It's going to be a while before Diane Gabaldon completes her next much-anticipated novel, so I nosed around to see if Sara Donati had written anything else.  She had, so I took a chance on "The Gilded Hour".


It focuses on the late 1800's and two women physicians, Anna and Sophie Savard.  The depictions of old New York City are fascinating.  Donati excels at historical fiction.  I realized that life had to be difficult for female medical doctors at that time.  The medical profession is changing, but make no mistake, it is still a male-dominated occupation.  Women are still discriminated against more than most people realize.  So imagine what life is like for a woman who is a practicing obstetrician during an era when birth control is against the law.  Even disseminating information about how to avoid pregnancy is illegal.  Childbirth was a very dangerous undertaking at that time, and women were subject to the whims of their husbands.  Most had no idea how pregnancy could be prevented.


Enter Anthony Comstock, an anti-vice crusader who is determined to extinguish anything considered indecent - including information on preventing pregnancy.   While one sister is determined to help women gain some small bit of control over their lives, the other is dealing with the fallout - the orphans of deceased mothers and family members who, unvaccinated, fall victim to the various epidemic diseases common to those who live in poverty.


Donati delivers a compelling story that is a composite of history, romance and thriller.  You will see the parallels with today's lingering patriarchal remnants.  You will be angry.  You will return to resist the present day.
Posted by Kathleen Barker at 7:06 PM No comments: