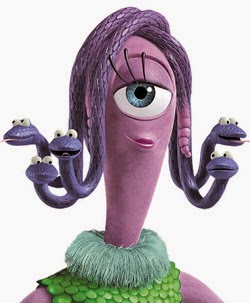 In the 1950's, I would often sit on the front porch of my parents' row house and watch the parade of women exiting the house across the street.  The woman who owned it ran a beauty salon out of her basement.  Hair that entered that place straight and lank emerged coiffed and curled.  Most of the time REALLY curled, and wafting a chemical smell that I swore was detectable even from my concrete perch.  My grandmother got her hair permed.  My mom too.  And one day my mother ushered me into this female sanctum and I too was permed.  At first I felt very grown up, not knowing that I looked like a geek.  Within days, I stood desperately in front of the window fan, trying to brush out the kink, praying for regrowth so I could get it cut and look normal again.  The tide had turned and perms fell out of favor for anyone under 30. 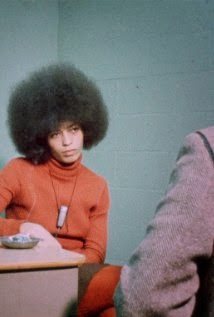 Like most fashions, permanent waves swung back into style again in the late 70's and early 80's, but they were different.  Fatter, looser curls were possible, unlike the iconic Angela Davis 'fro of yore.  So, I did it again, with much better results.  I flat-out loved it.  A more advanced version of my old window fan had been invented - the blow dryer - and with three small children as well as being part of a rabid running group, this was an answer to my prayers.  I liked it so much that I had several more over a span of 4 or 5 years, copying the Farrah Fawcett 'wings' during the height of her fame. 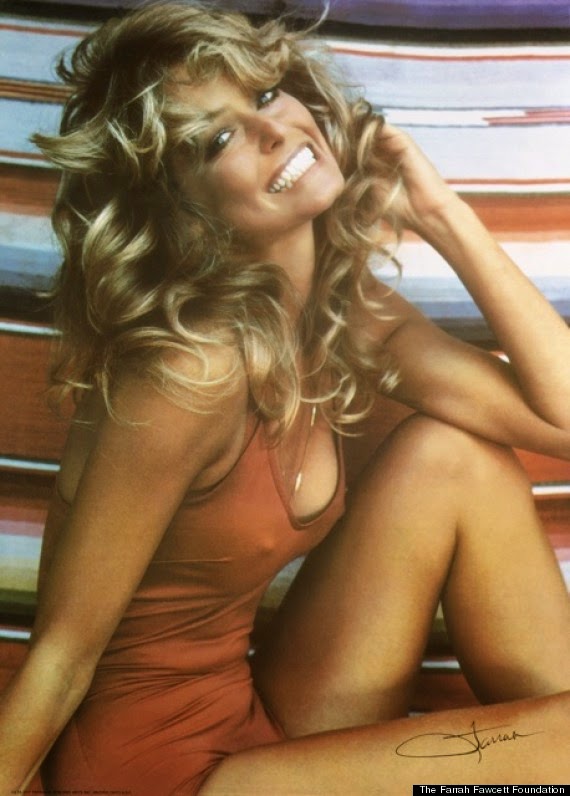 Today I stand on the precipice.  After nearly 30 years of straight hair, I see a much older me staring back in the mirror.  Lank, shoulder-length hair only accentuates the havoc that gravity is exerting.  I don't want short hair - yet - as I live in fear of old-lady helmet head or any version of my mom's or grandmother's.

Susan Sarandon waits patiently on my phone's photo stream as I head to a salon, clutching craigslist and ebay earnings to forfeit in exchange for chemicals.  Would my scalp burst into flames from the toxic ingredients?  Would my hair break off and fall out?  Would I look like a freak or an 80's throwback?  Would it take my entire monthly retirement check to cope with the afternath?   I prayed as I drove to a place that I'd researched meticulously, both through Baltimore Magazine's annual "Best Of" lists and customer reviews.   The receptionist had called earlier that morning to reschedule my appointment by a few hours because the original stylist had called in sick.  Was that an omen?  Was Farrah sending me a warning from the afterlife in the only way she could? 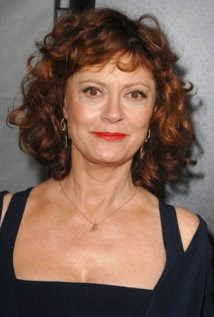 Pulling into the parking lot, I felt calmer as I saw the bubbling stream flowing next to the building.  I reassured myself that I had done everything possible to prepare for this...except charge my phone, which threatened to make Ms. Sarandon disappear before I could display her images to the stylist.  As I eased myself into the chair, Kim (the stylist) introduced herself.  She was attractive, in her late forties and I was thankful that I hadn't gotten a young girl who might later regale her friends with the story of this strange woman who actually asked for a perm.  I babbled nervously, flashing pictures and waving my hands around, trying to explain and expecting her to tell me she was a beautician, not a magician.  She smiled, asked a few questions for clarification and went to work.  We chatted easily as she worked, which is unusual for me.  I'm not good at small talk with strangers.

Every single employee and customer in the place had straight hair....not a curl in sight.  I warned Kim that it had been years since I'd left a salon and not gone home to put my head under a faucet.  She thanked me for the warning and laughed, assuring me that it would take time to get to know my new hair, to play with it until I was satisfied.  And no washing, styling, or pulling into a ponytail for 48 hours so the curl could set..

At last, after two and a half hours, I was done.  Gazing cautiously into the mirror, I smiled.  No, it wasn't twenty-year-old me staring back.  It was a softer, better-looking me with a classier look that wouldn't fall flat an hour later.  But don't ask me for pictures...my 48 hours aren't up yet!