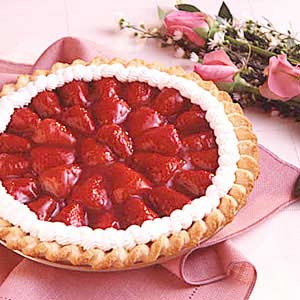 Like many fans, I'm happy for the return of "Mad Men" to television.  Aside from my novel, "Ednor Scardens" which was set in that time period, there's a lot of nostalgia for the 1960's now.  An article in today's Baltimore Sun newspaper featured recipes for iconic dishes from that era to tie into the resumption of the show.  As I gazed at the pictures of Steak Diane from Harvey's restaurant, Hot Spinach Salad from the Chesapeake and Strawberry Pie from Haussner's, my mind drifted back to the memory of Paul, the street Arab who trudged the alleys behind my neighborhood.  We heard Paul long before we actually saw him through the back door, as he loudly sang the list of his offerings.  Soon the clopping hooves of his horse who faithfully pulled his wagon added a rhythmic percussion to his tune.

My mom quickly dispatched me with a list to halt his progress while she reached for the can that held her grocery money.  The wagon's metal scale, suspended from a chain, swung crazily as Paul deftly weighed her selections and I poked the row of live soft crabs, trying to make more bubbles come out of their mouths.

Her purchases were modest, as refrigerators were small back then, with freezers the size of shoe boxes.  Cartons of eggs competed for space with damp laundry stored in a plastic bag to keep it from molding before mom had a chance to iron late at night.

Lots of things have changed in the way we prepare our foods now:  less fats and starches, more fruits and vegetables.  But some have stayed the same.  I still shake my chicken pieces in a paper bag with flour, salt and pepper before frying...on the few occasions that I prepare fried chicken.  I still have to have made-from-scatch mashed potatoes in order to eat liver and onions.  And I never, ever fix a steak on the grill without thinking of my father.

Why would a steak conjure up his memory?  At least twice during the summer months, we'd travel to Mr. Waskey's meat stall at Lexington market where Dad would gesture with his thumb and index finger to indicate how thick he wanted the sirloin slab before hurrying home to grill it.  One afternoon it began to rain soon after he had lovingly seasoned the meat.  Unwilling to change plans, he struggled to move the grill down the outside steps to the basement.  I watched as he stubbornly cooked the meat, ignoring the smoke that wafted steadily up the stairs.  The dog began to bark and mom coughed violently upstairs before she realized what he was doing.  We couldn't throw open the windows wide or else the rain would soak the wooden sills and floors.  He ate his steak sheepishly as we sat at the table, eyes watering from smoke.

Mom was a very good baker, but she wasn't a great cook.  Perhaps because of the lack of dependable refrigeration from the family "ice box" when she was growing up, she cooked a rump roast until it looked like a vampire exposed to sunlight.  She made cream chipped beef on toast that left no doubt in my mind where the WWII slang term "sh__ on a shingle" came from.   But her cakes and pies were remarkable.  To this day I cannot bear to buy a prepared pie crust.  It's like buying a box of cake mix and then saying you baked a cake.  If I'm going to go to the trouble of making something, it has to be from scratch.  I think, unconsciously, I do these ritualistic things to honor my parents in some small way.

I'll be watching the March 25th beginning of Season 5 of Mad Men, and I'll lift my flaky pie crust-filled fork in salute to my glory days.
Posted by Kathleen Barker at 4:33 PM No comments:

The Changing Face of Beauty 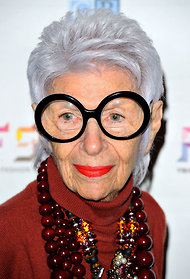 MAC cosmetics launched a new line of makeup recently.  Nothing unusual in that, as companies constantly change and update their offerings to sustain sales.  It was the face they used to promote this new line that was the stunner:  90 year old Iris Apfel stared out of the page with her black bug-eyed glasses.  An odd choice?  You'd think so, as beauty and fashion campaigns normally focus on the teen and twenties demographic...ironic itself, because young faces need the least embellishment.  A smart choice?  Totally. 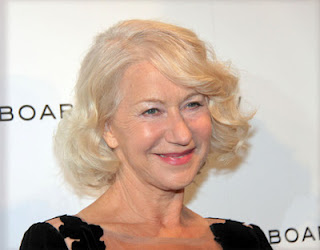 If you haven't noticed the print ads over the last few years, there has been an increasing shift toward the more mature face.  Helen Mirren, Jane Fonda, Diane Keaton, Meryl Streep, Ellen Degeneres and other older women have become flagship images for cosmetics and fashion designs.  Have the corporate mavens entered a kinder, more inclusive era and adjusted their mindset to be more accepting of age?  No, Virginia, there isn't really a Santa Claus.  It's all about following the money. 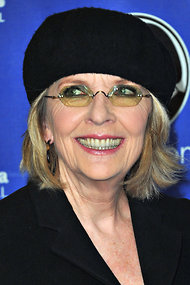 The baby boomer bulge has bulldozed its way through for decades, affecting nearly every aspect of society:  education, food, music, health care and culture.  As a group, we have benefited from better nutrition and exercise.  Wall Street hasn't gone all soft for us because we really are more beautiful.  They've just awakened to the fact that this generation has most of the wealth.  And even if we can't stop the clock of aging, we don't want to LOOK like our parents did at our age.

No one bats an eye when people of all ages walk or run through the neighborhood.  Fitness clubs are jammed with members of all ages.  If my mother had flown down the street in running shorts, a tee shirt and a baseball cap, we would have hauled her off for a long "rest".  There were no research studies (or if they were, they weren't widely publicized) to guide food and beverage choices.  My  mom baked pies and cakes relentlessly, laced her mashed potatoes generously with butter and seasoned her green beans with bacon fat.  Those things are now a very infrequent treat if eaten at all.  There was no sense of fashion residing in my grandmother's head once she entered her fifties.  She had her "good" coat that she kept for years, wore housecoats and gave up wearing bras (shudder).  I don't remember seeing makeup on her face unless she was attending a wedding or some other momentous occasion. 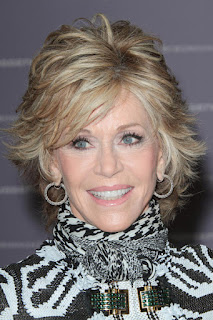 Boomers have been enamored of plastic/cosmetic surgery in increasing numbers, but a shift is taking place.  The full-bore, hardcore facelift is being supplanted by "tweaking".  Looking good is making inroads on looking unnaturally young.  And let's face it, most of us would rather look like Diane or Meryl than Joan Rivers.

Weigh in...what's your strategy for aging well?
Posted by Kathleen Barker at 11:51 AM 4 comments: 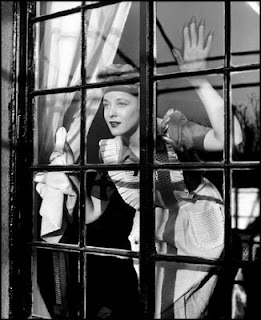 
I still give a lot to Goodwill, but my winnowing is different this year.  Cleaning is still necessary, but has begun to feel more like an irritating burden than a regular chore that I just do.  So now, I've determined that the less "stuff" I have, the easier it is to stay one step ahead of the Health Department.  Don't get me wrong, I'm not a candidate for the "Hoarders" television show.  But after a lifetime of slowly acquiring stemware, flatware, and other such items, their siren song has muted.  Or maybe my hearing just isn't what it used to be.

Thanks to online auctions such as Ebay, I can appeal to someone else's avaricious tendencies in exchange for money to pay off the credit cards that I racked up in order to buy the stuff in the first place.  And as the size of my family dwindles and they move to far-off locales, the dog doesn't really need to drink his water from a crystal goblet or lick his grain-free kibble from fine china plates.

I don't have a Chicken McNugget shaped like George Washington to sell, but the clothing I saved for the time when I'd fit into a size 5 again are also on the block.  The Longaberger baskets that my group of Navy wives drooled over and held parties to afford have collected enough dust in my closet.  I've decided to get the family photographs, that hide with glued edges and inked descriptions in dozens of albums, scanned and give the digital copies to the kids.  But I fear that things like the black fiberboard funeral cards with their gilded lettering from the 1800's will disappear into a drawer and be lost forever.  Some things take longer to let go.

Stuff has lost is glittering attraction as time becomes more precious.  Even the multiple levels of my townhouse have begun to annoy me.  Smaller, spare and utilitarian spaces call to me.  I even fantasize about simply traveling - with no permanent abode to return to.  But this is beginning to sound like a metaphor for death, this journey to a small space.  So I'll pick up the dust cloth (microfiber now) for at least one more spring and keep listing my auctions until the superfluous items are gone, and I learn how to work all this stuff that is supposed to make life more streamlined.
Posted by Kathleen Barker at 11:52 AM 3 comments: