THE LURE OF JUVENILE HUMOR: JUST ADMIT IT 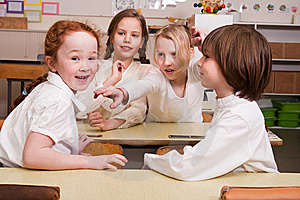 Okay, if you crinkle your nose and won’t acknowledge that you once snickered at your grade school acquaintances’ manic competitions to produce the silliest names…or even contributed to the lists, just stop reading.  And spare me the acrimonious comments on the subject.  I get it.  You’re a grown-up and I’m not.  Happy?

This is my third go-round.  I participated in this brand of humor in my own youth, re-visited it when my children entered the age group that glories in it, and now have a grandchild who has discovered it.  If you’re drawing a blank, I’m referring to such famous novels as “Yellow Rivers” by I. P. Daily, “One Hundred Recipes for Hamburger” by Chuck Roast, and down the endless list.

The best names are the ones that you don’t have to make up.  They occur naturally, but you have to pay attention to catch them.  I"ll never forgot the car salesman with the unfortunate moniker, “Orson Buggy”.  It’s kind of like looking at those weird patterns that contain a picture, if you stare at them long enough.  How does a guy with the name “Rusty Steele” wind up working at a body shop?  It should be an automatic disqualification for a woman named “Frieda Wander” to sit on a parole board.

Is there an ice rink caretaker named “Sam Boney”?  A barista who answers to “Bruno Moore”?  There just has to be a French lawyer named “Jacques Hughes” or a laid-back counselor who goes by “Saul Wellingood”.  Did you ever worry that if you quit going to the gym, you’d wind up wearing that dreaded clothing line by “Hugh Jass”?

I could go on, but my favorite juvenile television show just started, and I don‘t want to miss what happens this week when that mean vampire, Dustin Dubree, gets pushed out into the sunlight.
Posted by Kathleen Barker at 5:42 PM 2 comments:

If you live in the Southwestern U.S., especially California and Texas, you know I’m referring to the burger chain with a cult-like following:  In-N-Out.   The company started in 1948 with just one drive-through in Los Angeles and now has 280 restaurants in five states.  That may not seem like an impressive number compared with such giants as McDonalds and Burger King, but the family-owned chain is famous for its fresh ingredients as well as the tiny quotations from the Bible on its cups and wrappers.  Devotees can even hire the company trailers to cater coporate or other party events.

Heading a business valued at an estimated $1.1 billion, In-N-Out’s newest owner and president is Lynsi Torres who, at just 30 years old, is arguably the youngest female billionaire on the planet.   Her daunting position resulted from a series of deaths in her family, leaving her as the last family heir.  At the time, she was just 23, and the family trust gave her half ownership when she turned 30 last year.  Full ownership will come on her 35th birthday.

In-N-Out’s future is uncertain as not a lot is known about Torres, who refuses most requests for interviews.  With no college degree or formal management training, it is unknown whether she will maintain ownership after gaining full control of the fabled company, which has never franchised to outsiders in order to maintain its legendary quality control.  In-N-Out offers a limited menu, concentrating on fresh beef delivered daily on refrigerated trucks.  In fact, that’s the main reason the company hasn’t expanded beyond its current zones:  its policy dictates that the trucks must be able to reach the restaurants on the same day.  And that’s not all.  They make every hamburger patty from whole chucks from premium cattle selected especially for In-N-Out Burger. Individually inspecting every single chuck, their butchers debone, grind and make the patties.  Lettuce is hand-leafed. American cheese is the real thing. There isn’t a microwave, heat lamp, or freezer in the restaurant. They even bake their buns with old-fashioned, slow-rising sponge dough. And every burger is cooked fresh to order.

In-N-Out french fries come from potatoes shipped directly from the grower, individually cut in the stores, then cooked in pure vegetable oil. Milkshakes are made with real ice cream.


So, until Ms. Torres reaches her corporate age of majority, I’ll have to limit my consumption to one burger per visit to Southern California.   That’s probably a good thing, since I like my burger animal style (translation: lettuce, tomato, a mustard cooked beef patty, pickle, extra spread with grilled onions).
Did I hear that Southwest has an airfare sale?
Posted by Kathleen Barker at 7:19 AM 1 comment: