"The Summer of Letting Go" by Gae Polisner - A Review 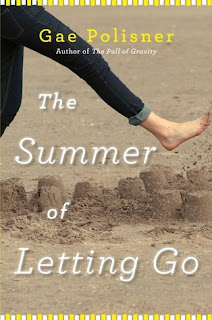 Navigating the murky waters of adolescence is difficult enough, but when your little brother drowns on your watch, your best friend transmutes into someone else's girlfriend and your father appears to be having an affair with a neighbor...

Life for Frankie (Francesca) Schnell is spinning out of control.  Choking on the guilt of her brother Simon's death, she feels invisible.  Her mother's grief drives her to devote her time to a drowning prevention foundation, while Frankie's best friend has acquired a swoon-worthy boyfriend. An unexpected summer job offer lands her face to face with a little boy who is the same age as Simon was before he died, a boy who unnervingly resembles him and says things that shake Frankie to her core.  Is she losing her mind, or is this boy a reincarnation of Simon?

Her father's friendship with a pretty neighbor across the street from her house begins to make Frankie suspicious.  And when her best friend goes out of town, she finds her self the knee-quaking object of her absent-friend's boyfriend.  Should she stay true to her best friend and resist or give in to his spectacular kiss?  Should she confront someone about her father's perceived infidelity?  Confront who...her father, the neighbor, her mother?

As much as I loved her previous book, The Pull of Gravity,  author Gae Polisner scores a home run with The Summer of Letting Go as she lovingly peels back the layers of a young teen's fears and vulnerabilities. Polisner allows Frankie to work through her multiple dilemmas without resorting to an unrealistic sitcom resolution.  As in real life, not every question is answered.

I read this book to screen it before gifting to my granddaughter, but found myself falling in love with the characters as well.  Polisner's understanding of the fragile young heart and mind is a gift that resonates, weaving a bond between the reader and the characters she has so lovingly created.


****This review appeared previously in "Girl Who Reads", a book review blog.
Posted by Kathleen Barker at 6:33 AM No comments:

IF IT'S WINTER, IT MUST BE CORNWALL 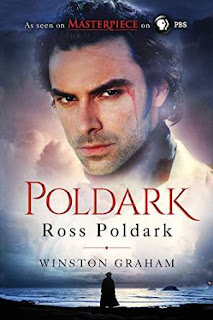 If you are like most people, you watch more television during the cold, winter months.  That was me, too, until the arrival of a streaming box.  You are scratching your head now, wondering why I would not watch even MORE television with this commercial-free viewing device.  I did…at first.  I cannot diminish the joy of snuggling under a down throw and binge-watching shows I’d postponed or just plain missed.  Two series were so addictive that I wound up reading the books (more than once) as only a single season had been filmed.   First was the Starz channel adaptation of Diana Gabaldon’s “Outlander” and the second was Masterpiece Theater’s “Poldark”.

My viewing of the “Poldark” series was completely by accident.  I was depressed by the long wait for the next season of “Outlander”, which is supposed to resume in March 2016, and had already read the approximately 10,000 pages of the books.  Slowly, the story of the British soldier returning from America to his neglected, inherited property in Cornwall began to grow on me.  By the time I finished the televised series, I found myself in a similar state of mind as post-Outlander before discovering that the Masterpiece series was based on actual books.

Quickly doing a google search, I found that Winston Graham had written a slew of novels – 32 in addition to the Poldark books (of which there are 12).  They have opened a new world to me: the world of 18th century Cornwall with all the mountains and valleys of human existence in this mixture of society.  The first of the series was written in the 1940’s and more than once has been the subject of a television series.  The BBC broadcast an adaptation of the first seven books back in the 1970’s.  I haven’t watched the older series, as I don’t want to lose my identification of Aiden Turner as Ross Poldark.  Author Graham also wrote “Marnie”, which was made into an Alfred Hitchcock motion picture in addition to a Nazi spy thriller and a history of the Spanish Armadas.
If you want to try one of this prolific author’s works, they include the following:

Kathleen Barker is the author of“The Charm City Chronicles” which include the following:

Barker also is a contributor to "Girl Who Reads" and Myrddin Publishing.

Posted by Kathleen Barker at 2:57 PM No comments: